It’s irrefutable that this bill, like the 2019 “Riot Boosting Act” it replaces, was sparked by a desire to suppress protests around the Keystone XL pipeline. But the right to join with fellow citizens in protest or peaceful assembly is critical to a functioning democracy and at the core of the First Amendment. The South Dakota Legislature does not need to pass laws that would intimidate peaceful protesters and chip away at their constitutional rights.

“While proponents of this bill say they’re concerned only about riots, the context is clear: this legislation is a direct reaction to some of the most effective protests in modern American history, including the work done by water protectors challenging the construction of the Dakota Access Pipeline at Standing Rock,” said Candi Brings Plenty, indigenous justice organizer for the ACLU of South Dakota. “This bill and the narrative surrounding it only creates a state of fear that pits activists and organizers who are exercising their First Amendment rights against government officials and law enforcement.”

Additionally, House Bill 1117 raises a fundamental question: How will the State of South Dakota ensure that the rights of the people planning to peacefully protest the Keystone XL Pipeline are protected?

That question is of particular importance to the South Dakota tribes and indigenous peoples and organizations that plan to protest the construction of the Keystone XL Pipeline.

“Indigenous voices have long protected Mother Earth’s biodiversity and we will not be intimidated into silence,” said Dallas Goldtooth, an organizer with the Indigenous Environmental Network. “We refuse to live in fear for demanding climate justice and protecting our sovereignty as Native nations and its peoples. We will remain vigilant against further government attempts to outlaw our right to peacefully assemble.”

The ACLU of South Dakota, along with the people and organizations most directly impacted by this unnecessary legislation, would like to see a comprehensive plan that ensures civil rights will be protected and a plan that prevents the escalation of any tension between peaceful protestors and law enforcement.

“The state of South Dakota doesn’t want anything to disrupt the pipeline’s construction, but our sacred lands are too important,” said Nick Tilsen, president and CEO of NDN Collective. “We will continue to deploy organizers in the field and mobilize our people for climate justice and against the KXL pipeline. We will continue to fight for air, land, water and our rights. Protecting Mother Earth should not feel like an ‘us’ verses ‘them’ situation.”

About the ACLU of South Dakota

Based in Sioux Falls, the American Civil Liberties Union of South Dakota is a non-partisan, nonprofit organization dedicated to the preservation and enhancement of civil liberties and civil rights. The ACLU of South Dakota is part of a three-state chapter that also includes North Dakota and Wyoming. The team in South Dakota is supported by staff in those states.

The ACLU believes freedoms of press, speech, assembly, and religion, and the rights to due process, equal protection and privacy, are fundamental to a free people.  In addition, the ACLU seeks to advance constitutional protections for groups traditionally denied their rights, including people of color, women, and the LGBTQ communities. The ACLU of South Dakota carries out its work through selective litigation, lobbying at the state and local level, and through public education and awareness of what the Bill of Rights means for the people of South Dakota.

Get updates from NDN Collective 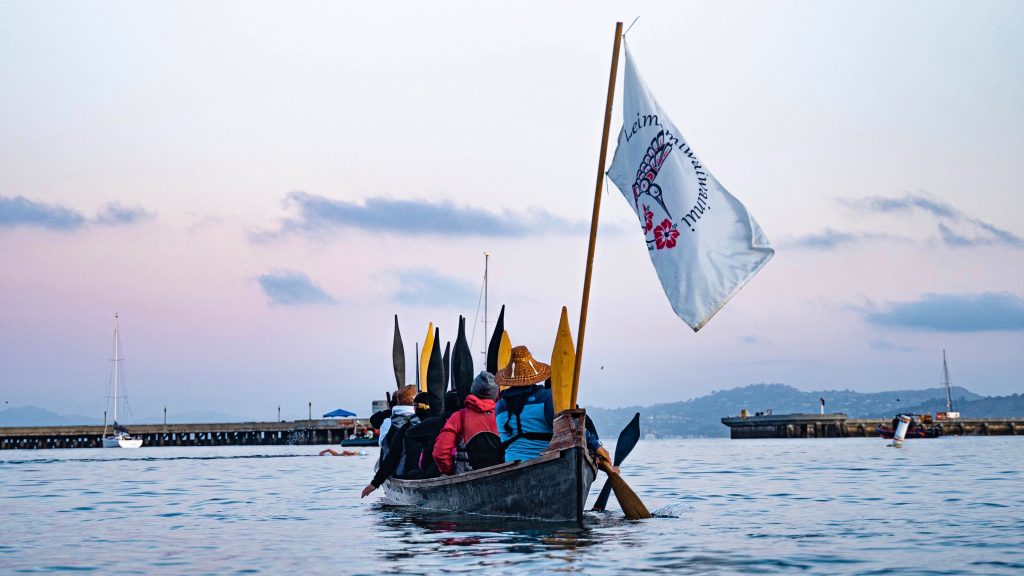 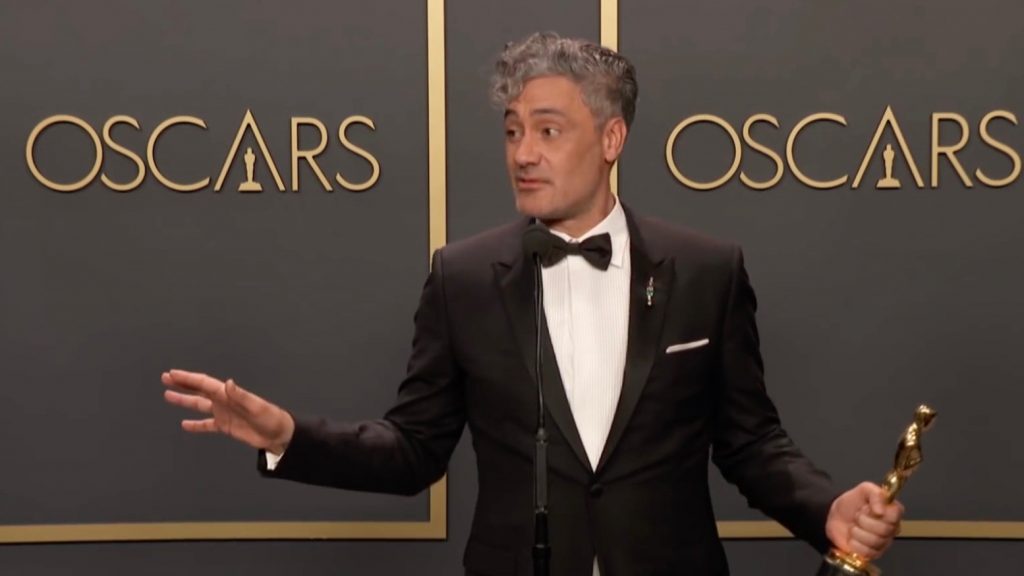 Posted 2 weeks ago The Academy Was Made for White Men: Here's How Taika Waititi Made a Difference

During the 2020 Oscars on Sunday night, there were sure moments that not only broke the status quo, but allowed lights of hope to shine into a space that largely upholds institutional racism and sexism. 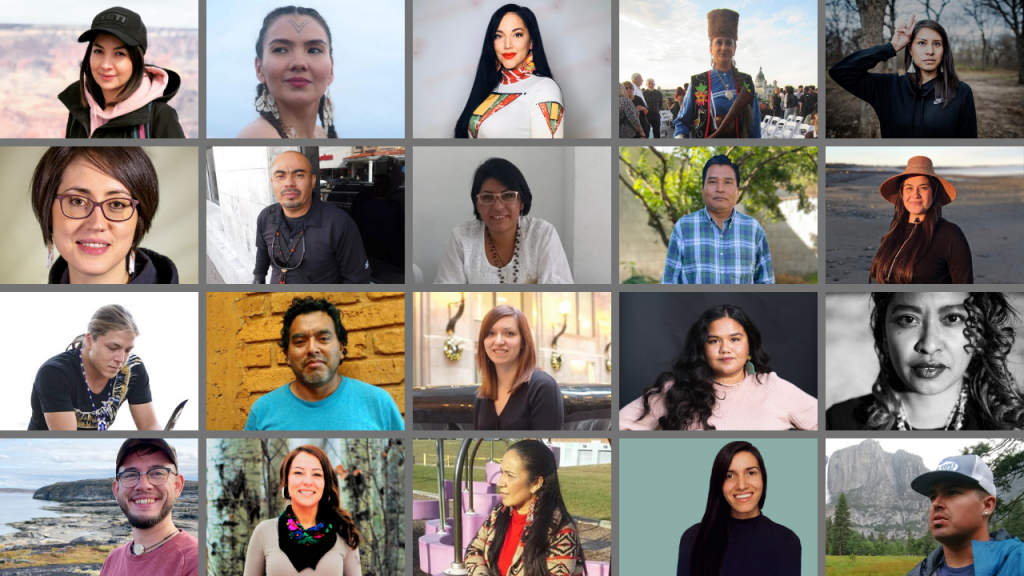 Posted 2 months ago Announcing the Inaugural Cohort of NDN Changemaker Fellows
The 20 NDN Changemakers are Indigenous leaders from throughout Turtle Island and beyond who are radically transforming Indigenous communities. 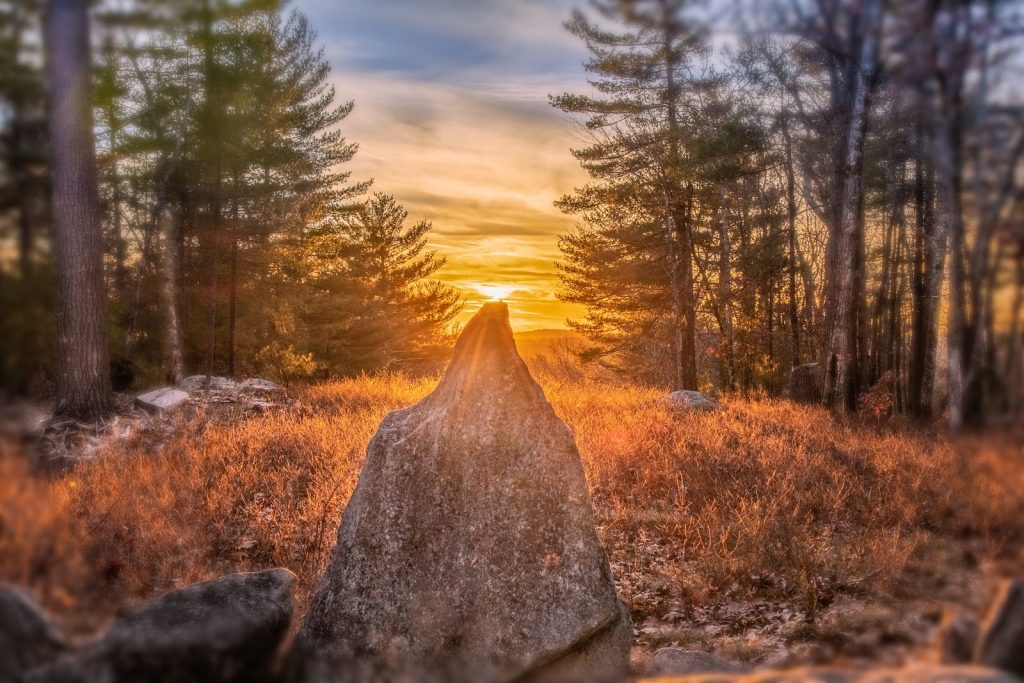 The winter solstice is an opportunity for Indigenous people to reconnect to the natural world, sharpen our senses, and access our most powerful selves. 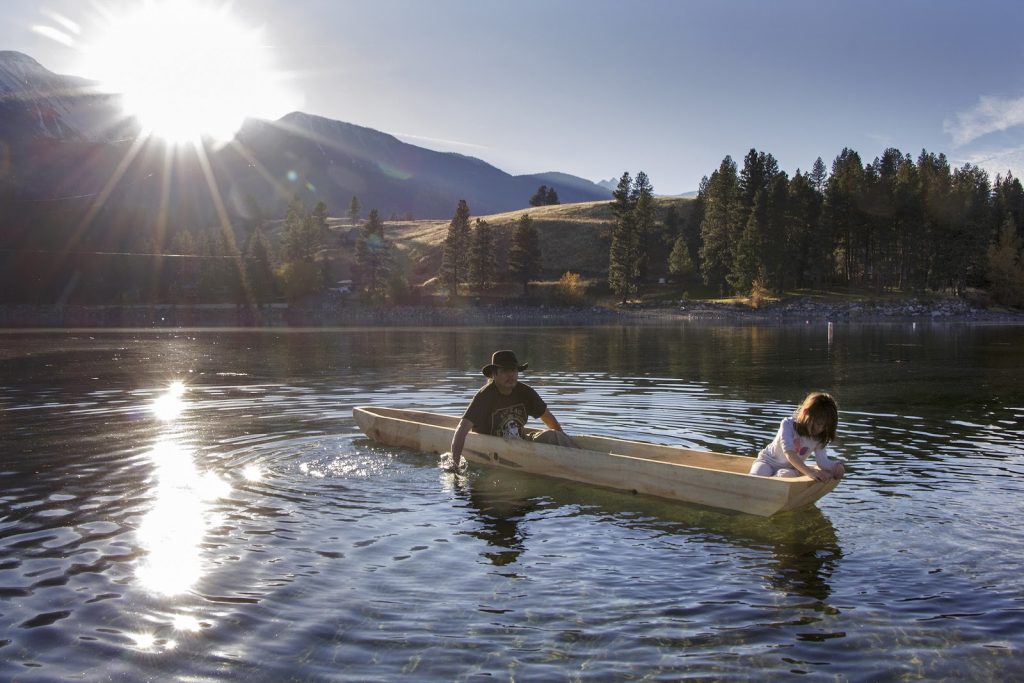 Canoe culture is one of the essential elements that kept relationships between the Nimiipuu and other Indigenous peoples of the Columbia River watershed strong for thousands of years. 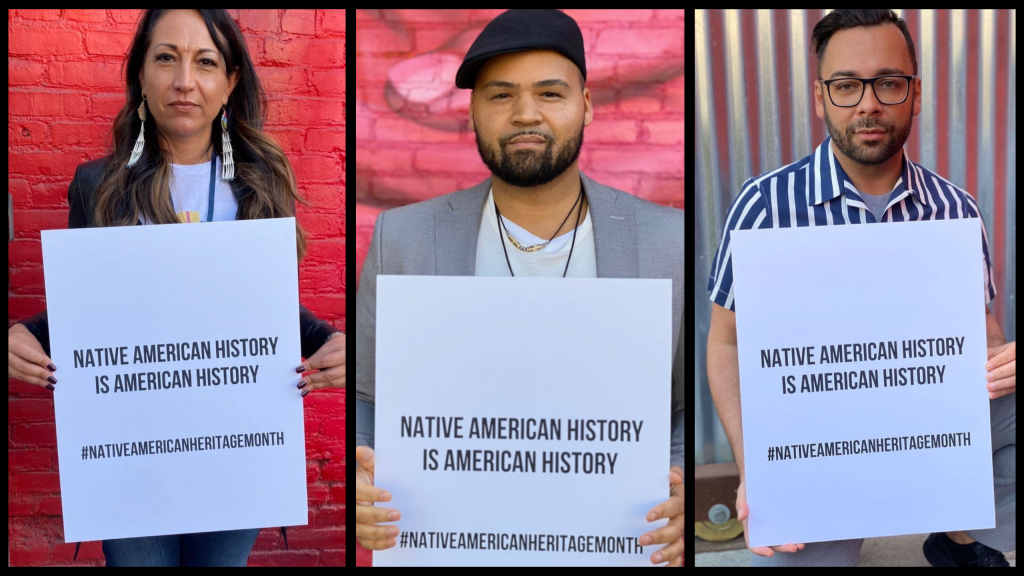 Posted 4 months ago Native American Heritage Month: Indigenous People Will Not be Erased

For nearly three decades, the month of November has been recognized as Native American Heritage Month. Bi-partisan support through Presidential Proclamations and law formally recognized and honored the contributions of Native and Indigenous peoples throughout the month. This year, however,… 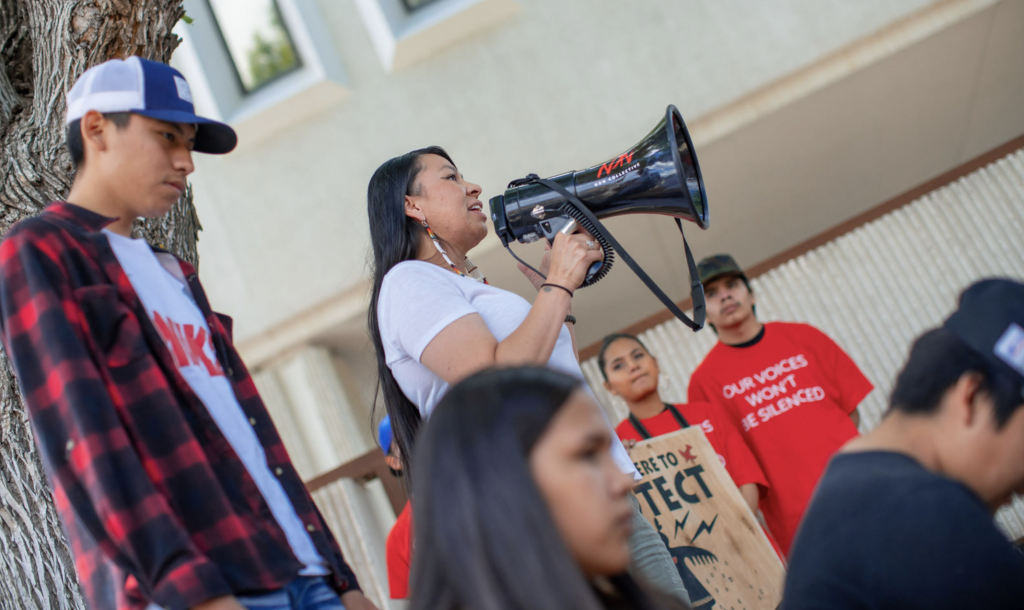 This moment in history calls upon us to bind together. Radical change is at our fingertips, and we must keep reaching, building and fighting. 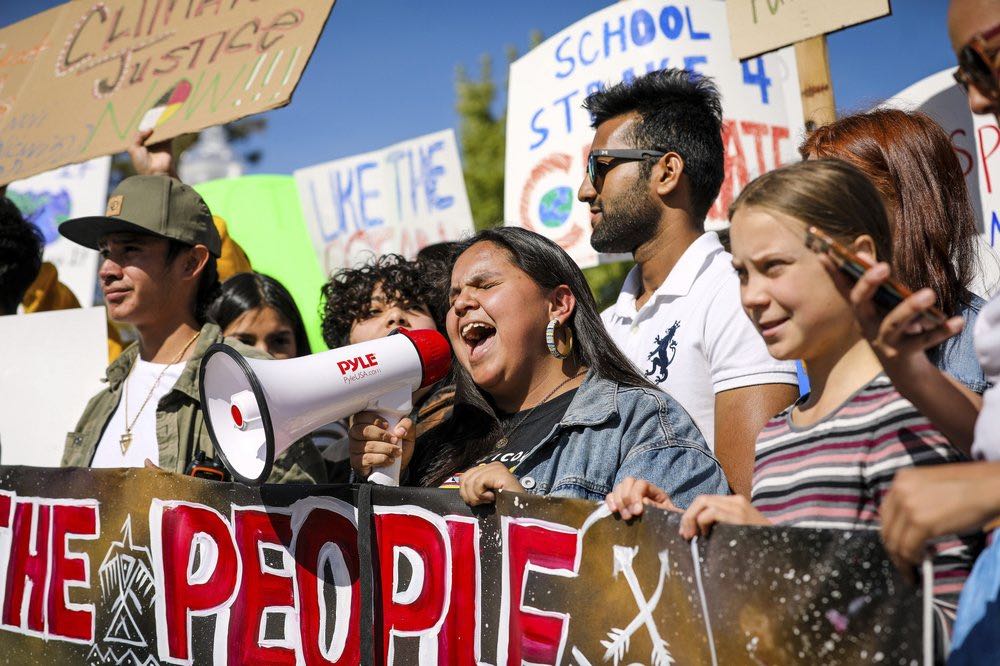 Today’s rally and march to the Mayor’s office continues the long effort of climate justice and Indigenous activists to pressure government to honor Indigenous rights and to take bold climate action. 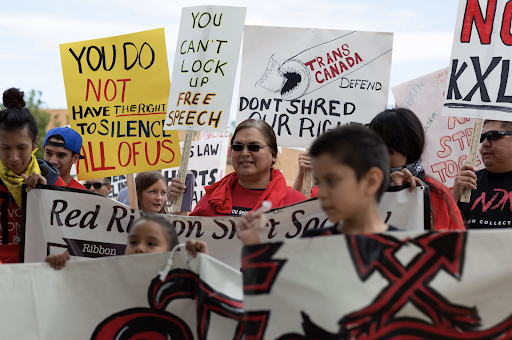 This illegal law was a bump in the road in our fight to protect Mother Earth, but we are glad to hear that a federal judge agrees that we should have the right to organize and protest unencumbered. This is a step in the right direction. 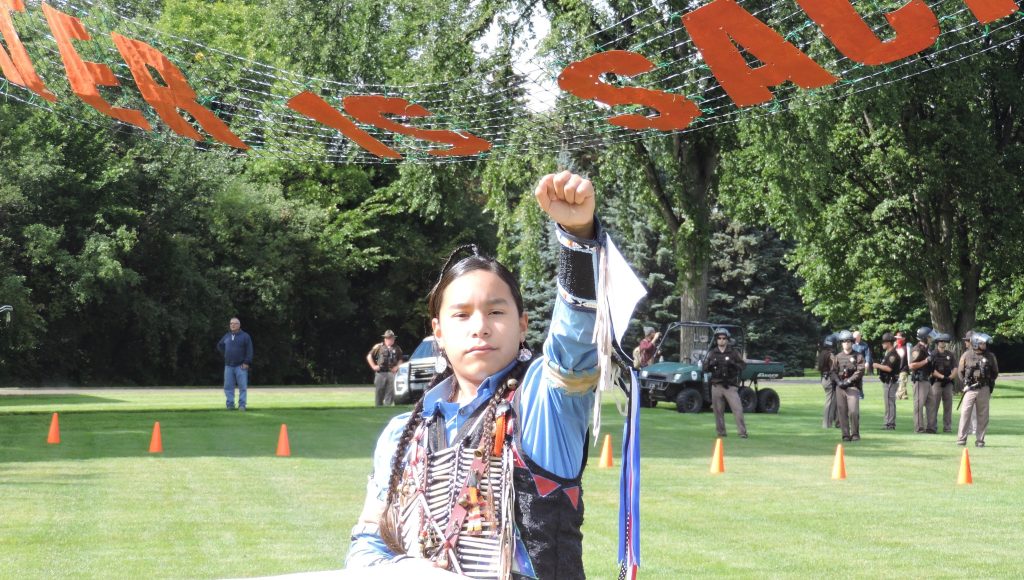 Posted 5 months ago Aligning with our Power During Climate Crisis: An Indigenous Action List

We hold the solutions to our greatest ecological challenges, and we also hold within us the power to ensure that our future is one that is just and beautiful for future generations.