The time has come to permanently shut down the Dakota Access Pipeline (DAPL).

🔔 The next court hearing on the Standing Rock Sioux Tribe’s litigation against the Dakota Access Pipeline will take place on April 9, 2021.

Please join us in putting pressure on the Biden Administration by amplifying the call to Shut Down DAPL.

We call on President Biden to exercise his presidential powers to issue an Executive Order and to permanently shut down DAPL. By doing so this administration is following through with their commitment to “restore tribal lands, address climate change, and safeguard natural and cultural resources” as articulated in the Biden – Harris Plan for Tribal Nations. This administration has committed to strengthening the relationship between the United States and Tribal Nations and we need to hold them accountable.

Shutting down DAPL is a key step in respecting the word of the Standing Rock Sioux Tribe who consistently resisted the construction of the pipeline.  Supporting and listening to their “no” is moving from five decades of failed federal agency consultation with Tribes to acknowledging Indigenous human rights by following the global principles established under the UN’s Declaration on the Rights of Indigenous Peoples (UNDRIP) for Free Prior and Informed Consent (FPIC). FPIC honors Tribal Nations’ rights to self determination and is key in centering Indigenous sovereignty. A culture of consent needs to extend to Tribal Nations when their land is sought out by industry or other development. Meaning that unless a Tribe expresses a clear intent to work with industry, that their “no” must be listened to and respected. Additionally bringing in industry like pipelines is a direct attack on Mother Earth and leads to an increase in sexual violence and substance abuse in the impacted community due to an influx in transient industry workers.  We say “no” to the continued raping of our Mother Earth and to our relatives’ bodies.

On January 15th, 2021,  Standing Rock Sioux Tribe, Cheyenne River Sioux Tribe, Oglala Sioux Tribe, and Yankton Sioux Tribe wrote the Biden Administration requesting quick, decisive action on shutting down the Dakota Access Pipeline within the first ten days of the new Administration. This request has yet to be acknowledged or honored.

Moving into a consensual relationship with tribes means respecting their word as well as recognizing the best international practices as described in UNDRIP. Saying no to DAPL will also send a resounding message to industry that tribal sovereignty must be respected and that we will no longer put profit or “so called energy independence” over people and the environment.

Shutting down DAPL is Respecting and Honoring Tribal Sovereignty

The pathway of the pipeline violates tribal treaty rights as well as crosses through farms and sensitive natural areas. This includes the habitat of at least nine threatened species. #SHUTDOWNDAPL

In the construction of DAPL, sacred sites and culturally significant places have been destroyed. This is a violation of the National Historic Preservation Act (NHPA) and contributes to the continued cultural and historical trauma suffered by Indigenous People due to infrastructure projects. Not to fail to mention was the abusive physical treatment that water protectors received in 2016 from the National Guard and other law enforcement, which were clear examples of state-sanctioned environmental violence. By not shutting down DAPL Biden is perpetuating a colonial mentality and staying complicit in the face of systemic racism.

Free, Prior and Informed Consent

Free, Prior and Informed Consent (FPIC) is one of the most important principles that Indigenous Peoples believe can protect their right to participation. It is embedded in the right to self-determination.

There is Only One Choice

If the Biden Administration wishes to keep its commitment towards Tribes as well as their Climate Plan, which clearly states that we are transitioning towards a 100% clean energy economy and net-zero emissions no later than 2050, then there is really only one choice.

We reject the false narrative that this is a decision between jobs and the environment. If the Biden Administration was to invest deeply in stopping climate change, they could create the potential for millions of quality jobs across the country.

Resource: Declaration on the Rights of Indigenous Peoples, United Nations

Posted 7 months ago NDN Collective Selects Ten Indigenous Radical Imagination Artists from Across Turtle Island
Over the next year, each selected artist will receive a grant up to $50,000 to support their community embedded project that envisions the future world we are striving towards. 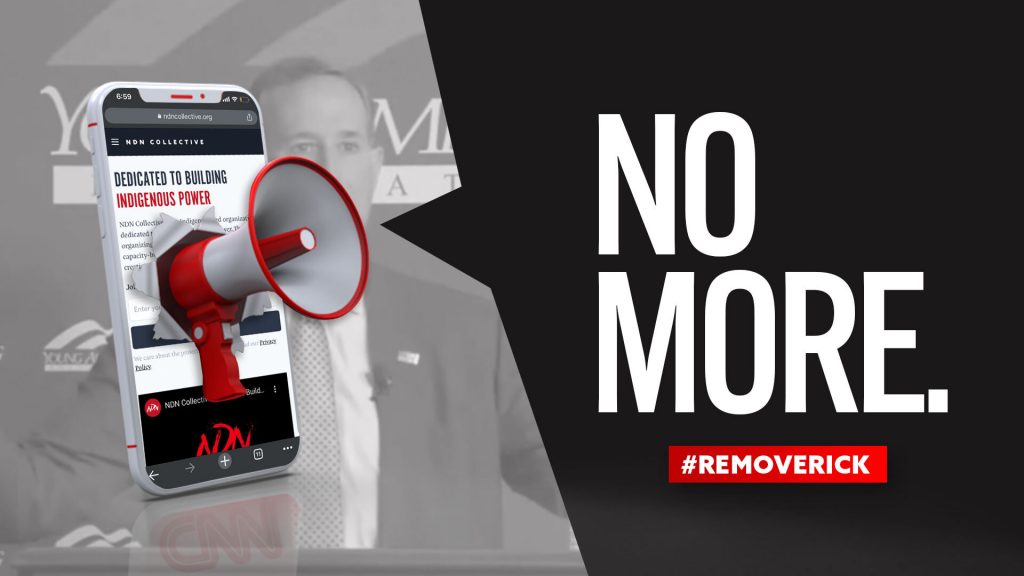 Posted 2 weeks ago ‘Erasure of Indigenous People is Violence': NDN Collective Blasts CNN, Calls for Swift Change
"CNN needs to uplift Indigenous voices, listen to our stories, and respond to our solutions and demands for change." 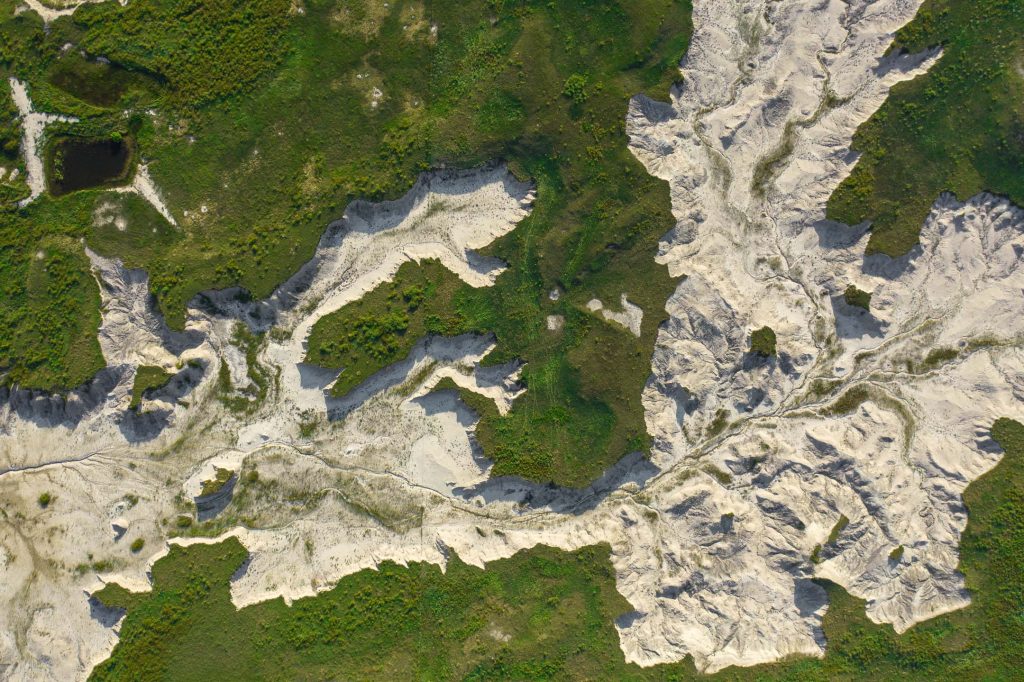 "Incremental measures haven’t worked since the first Earth Day in 1970, and they won’t work now." 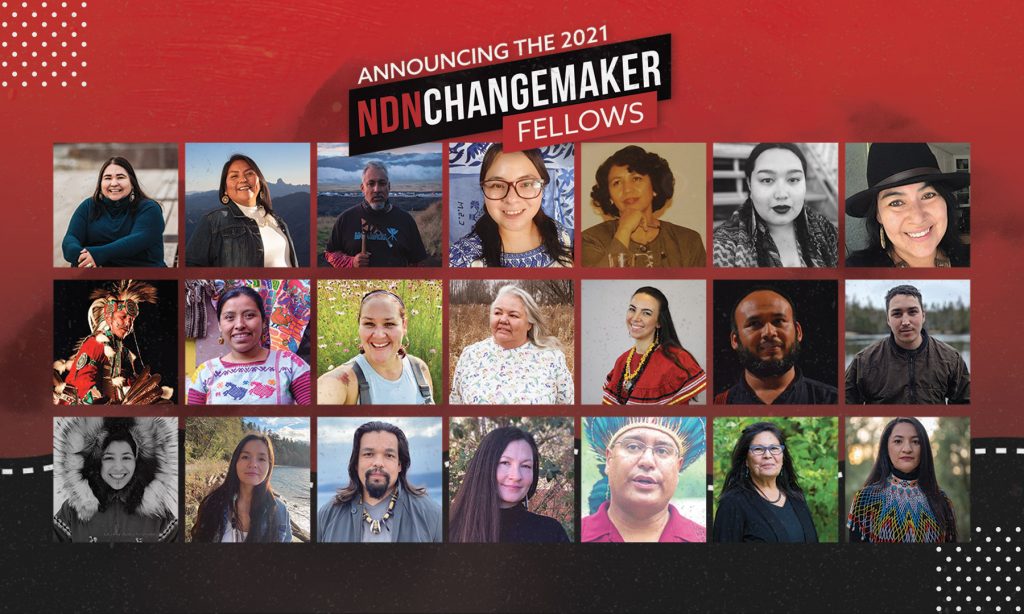 Posted 3 weeks ago Announcing the 2021 Cohort of NDN Changemaker Fellows
The 2021 NDN Changemakers are organizers, activists, social entrepreneurs and cultural practitioners who are challenging the status quo and building a better future for all people and Mother Earth.

Posted 1 month ago "White supremacy is the root": NDN Collective Responds to the Murder of Daunte Wright by Police
"It’s been a long time of no justice, a long time where the peace between the people and police feels tenuous. The open wounds of white supremacy seethe and fester further as the police kill another Black man, claiming it was an accident." 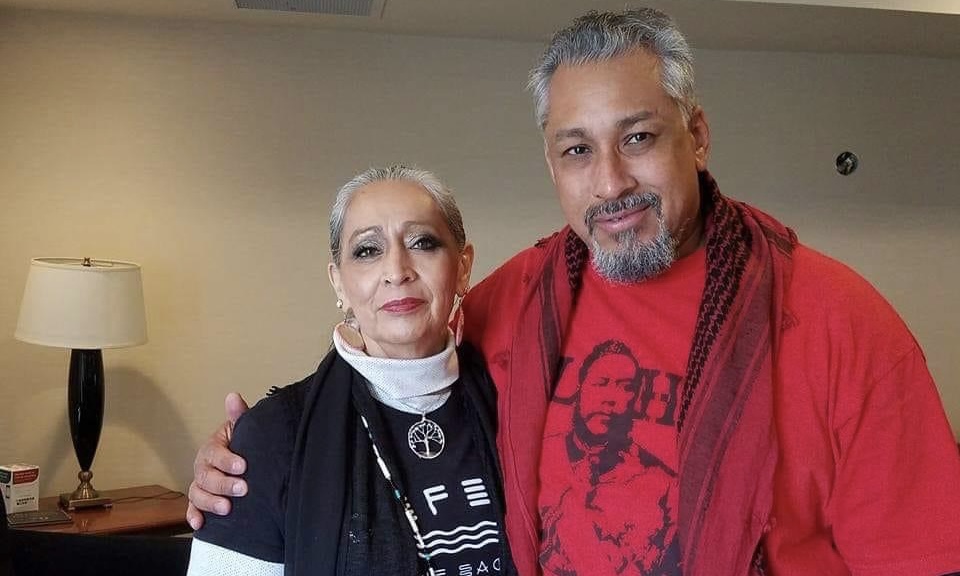 Posted 1 month ago “The Water Protector movement lost an elder, a leader and a matriarch": NDN Collective Statement of Condolence Honoring the Life and Legacy of LaDonna Bravebull Allard
“LaDonna Tamakawastewin Bravebull Allard was a catalyst for the movement at Standing Rock. Her leadership changed so many of our lives and shaped a foundation in which we now stand on.” ” 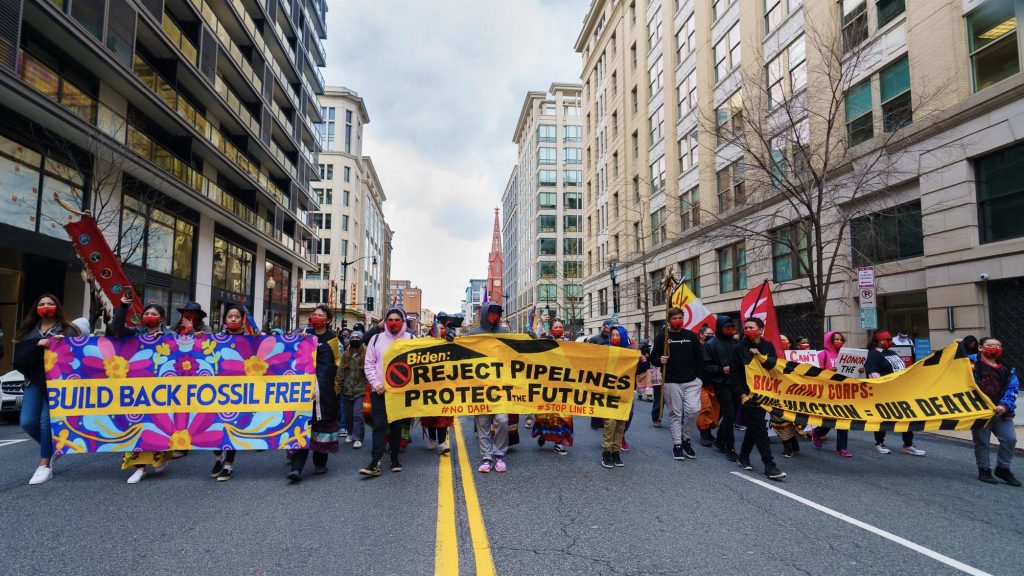 Posted 1 month ago NDN Collective, Indigenous Environmental Network, Mark Ruffalo, and Sunrise Movement Respond to Biden Admin’s Decision to not Shut Down Dakota Access Pipeline
“By failing to shut down DAPL, the White House and Army Corps of Engineers are violating their own laws and continuing to erode the human rights of Indigenous people." 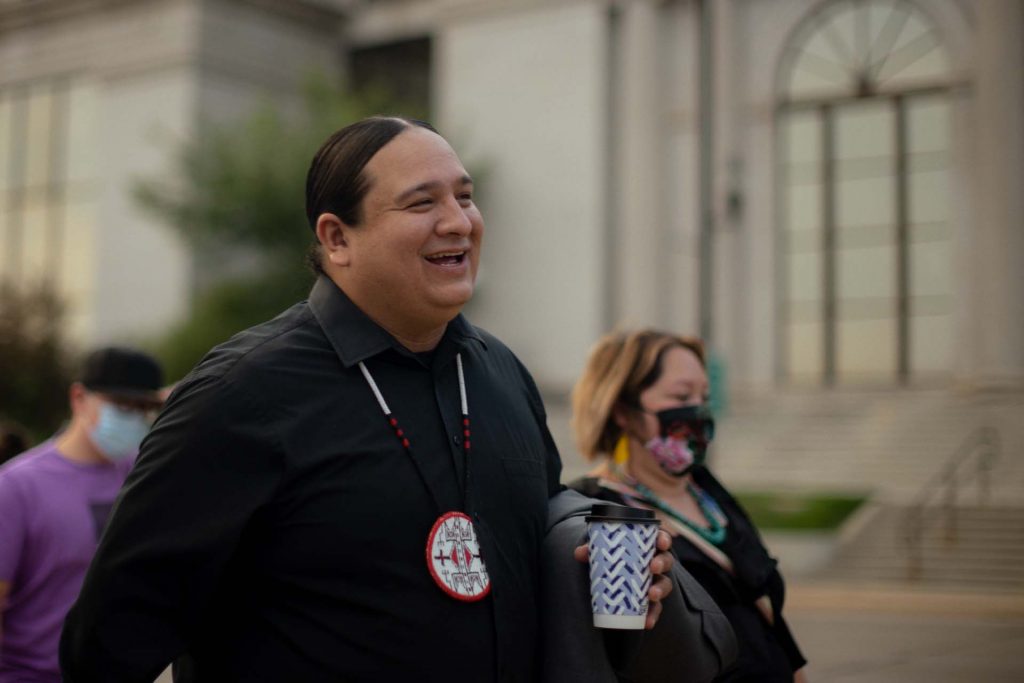 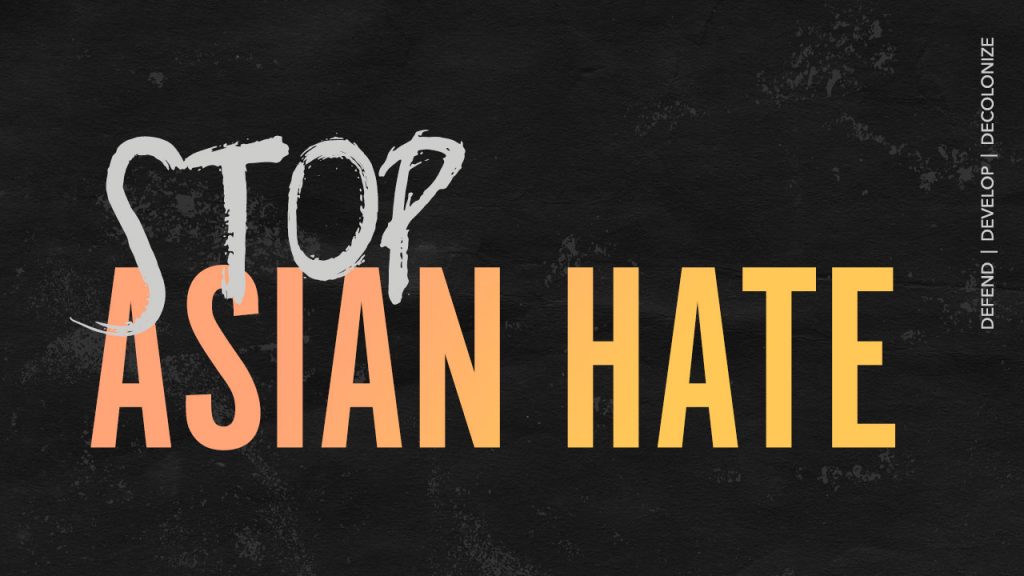 Posted 2 months ago NDN Collective Responds to Murders Committed by White Man Against Asian Women
As we collectively work to dismantle white supremacy, we are committed to fighting alongside and demanding protection of our Asian relatives. 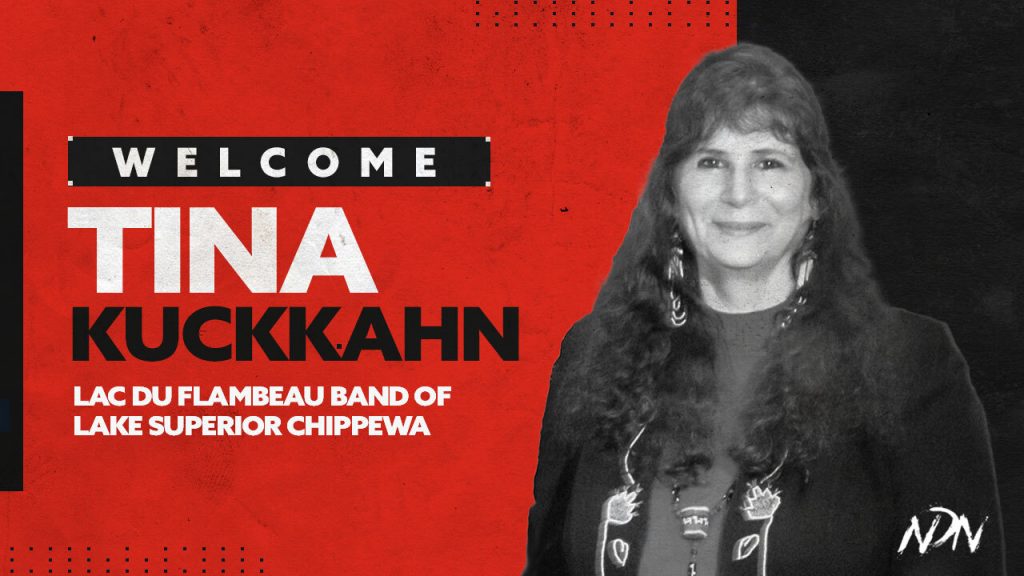 Posted 2 months ago Tina Kuckkahn Joins NDN Collective as Director of Grantmaking
Tina will manage the full arc of grantmaking within the Foundation, joining a growing team of changemakers and grantmakers.