On Indigenous Peoples’ Day, hundreds of people gathered on Ohlone shores in what is now known as “San Francisco,” to participate in and witness the first-ever Canoe Journey to Alcatraz. The NDN Collective played a small role in supporting this vision for narrative change, cultural revitalization, and for building Indigenous solidarity, specifically for coastal communities.

The festivities around the journey began on the evening of October 13th, where Bay Area, Northern California, and canoe families from up and down the Pacific Coast came together for a night of food, song, storytelling, reconnecting, and of course, logistics for the next day.

The following morning before day break, canoes arrived at the Aquatic Park. The full moon was still hovering over the Bay, blessing the canoes with her light. At around 6am families began to move their canoes into the water to make the journey around Alcatraz. This moment was full of anticipation, gratitude, and reverence, as this would be the first time canoe from nations across the west coast would journey around Alcatraz.

As Julian Brave NoiseCat, a committee member and an organizer of the Alcatraz Canoe Journey, said in his keynote at the Bioneers Conference, “As our people and all people face devastating crises: catastrophic climate change, growing inequality, revanchist hate—maybe the power of audacious and enduring Indigenous ideas like Alcatraz are exactly what we need.”

What the Termination and Relocation Act was for our ancestors in the 1960’s who went on to occupy Alcatraz, is what the Climate Crisis is for us as Indigenous Peoples today: a colonial construct, a force, created in large part by colonization, that displaces our people and threatens not just our cultural traditions and ecological knowledge, but our very existence. By reclaiming Alcatraz as an idea rather than a prison, perhaps we can continue to build literacy around Indigenous rights in both Native and American culture.

We sat down with Julian to dive into why reclaiming Alcatraz is important at this moment and asked him to tell us more about what this Canoe Journey and what the idea of Alcatraz can mean to young organizers like himself.

NDN: Can you tell us why reclaiming Alcatraz as a symbol for Indigenous Rights is so important right now as we face challenges like the climate crisis era?

JBN: I would say that Indigenous sovereignty and our ways of life and our knowledge holds immense promise in the context of climate change and ecological devastation. But one of the big problems that we face is that people, particularly in the United States, don’t know about us or hear from us because there is just a deep history of erasure and invisibility, wherein people are not trained to see Native people as part of the cultural landscape or as part of society.

There are roughly the same number of Native Americans as there are Jewish Americans, and the amount of visibility that Native Peoples have in American culture and media is, I say, vastly different from the visibility of Jewish Americans. And so that is the real power I would say of Alcatraz. Alcatraz was a moment of visibility for Native people. It was a catalyzing moment of protest where a group called the Indians of All Tribes broke through the media landscape by occupying Alcatraz, asserting our treaty rights, and reclaiming that island as a symbol for Native people everywhere.

So the way that I would say Alcatraz and this recent journey fits into that big picture is that, for that morning and for that day, people were forced to see Alcatraz not as a former federal prison but as a symbol of Native rights and as a symbol for Native people. And I think that that kind of visibility can be very powerful for cultural shift. The same way that the fact that people see Montgomery as a site of the bus boycotts or that people are increasingly seeing plantations not as sites of Southern nostalgia but as places where people were enslaved, I think that if we work to reframe Alcatraz as a symbol for Indigenous sovereignty and reposition it in people’s psyche that way, it could be a very powerful thing, especially for people who are so often forgotten overlooked and marginalized like Natives in America.

NDN: We live in a world of digital organizing and social media and therefore we might lose valuable lessons of organizing as communities face to face, so what do we have to learn from actions like the canoe journey that ask us to be culturally and ceremonially rooted?

JBN: So the most immediate cultural element that was involved in the canoe journey was the canoe. The canoe was the center of the gathering and families brought their canoes from communities as far the Klahoose First Nation in British Columbia, and during the event, everyone was focused on the canoes– getting in them in the water, pulling together, singing songs together, and speaking as a family after the journey.

One way to think about the canoe, specifically, but also our culture more generally, is as an organizing mechanism. I think that in a world where people are so individuated and there are very few places where people continue to gather as families and as communities and do things together, one of the great powers of the canoe and then of our culture more broadly, is that it can be a vehicle for collective action. That’s actually one way of looking at what we did on Indigenous Peoples’ Day. We did a direct action targeted at a cultural icon, the most visited national park in the country, using pretty much ubiquitous Indigenous cultural form, the canoe, which so many of our nations have used throughout our history to travel and to relate to one another to make family, to go to war to, and so on.

And so one thing that I reflect on is that, it first takes acknowledging our cultures or something like the canoe as an organizing vehicle, or as a vehicle of empowerment and cultural revival, but then also when you actually get involved in protocol and tradition around these cultural elements, the impact that can have on individuals, on families, and on communities, whether that’s helping people beat addiction, or revive songs and traditions that have been battered and are languishing, or in a small way, help us reclaim our history, our rights, our sovereignty, is actually much, much bigger than the canoe or the cultural form itself. So I think that these things can actually be transformative. I just think that people aren’t used to thinking about them or seeing them in that kind of a way.

NDN: What about the occupation of Alcatraz inspires you as a young organizer?

JBN: What inspires me about the Alcatraz occupation is how audacious, how creative, and also in some ways how tongue-in-cheek and fun it was actually when the organizers first did it. You know, the idea that people, that Native people, would reclaim a former federal prison under the authority of an 1868 treaty and do it with national television watching, and even write up a proclamation to the “Great White Father,” sort of saying, “You know, you guys bought Manhattan for twenty four dollars worth of beads and cloths three hundred years ago. We’ll offer you the same thing for this little island, and we will be just an hour in our treaties with the savage white man.”

I think that, at its best, direct action is not only inspiring but it can also be kind of fun and maybe even funny, and even artistic. I think that, at its best, the Alcatraz occupation embodied that. It was not only a moment of resistance and defiance, it was also a moment of playful ridicule and political theater. And I think that’s part of why it was the sort of breakthrough moment it was, because it was just too good for the press and other people to not pay attention and to cover it. And ultimately, I think that had a fair amount to do with the shift that happened in federal Indian policy during the occupation from an official policy of termination, relocation, and assimilation to one of self-determination. So I think that whole narrative of the occupation, combined with the fact that I grew up in Oakland and everybody talked about it all the time,  I think it had a lasting impact on the way that I think about the power of culture and media, narrative, and direct action.

Jade Begay, Climate Justice Campaign Director, is Diné and Tesuque Pueblo of New Mexico. Begay leads NDN Collective’s climate justice campaign work and brings extensive experience working in climate justice movement spaces throughout Turtle Island and within Indigenous communities across the globe. She has also worked as a multimedia producer, filmmaker and communications professional working in non-profit and Indigenous organizations. She has a Bachelor’s degree in Film and Video and a Master of Arts degree in Environmental Leadership.

Indigenous intermediaries are crucial to overcoming asymmetries between impact investors and Native America through the building of relationships of trust, creation of an ecosystem for impact investing in Indigenous communities, and performance of the due diligence investors need to manage risk. 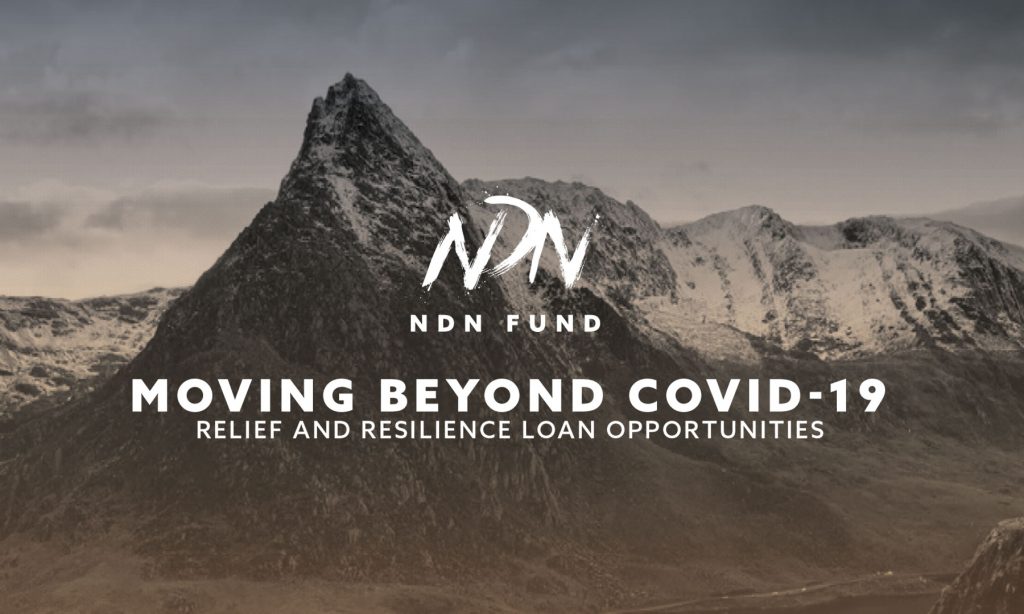 Posted 3 weeks ago NDN Collective Launches Resilience Loan Fund for Tribes, Tribal Enterprises, and Native-Owned Businesses to Help Move Past Economic Impacts of COVID-19
As part of NDN Collective’s larger response to the pandemic, NDN Fund has created special emergency debt capital, bridge loans, and capacity building services to help businesses remain solvent and to identify opportunities for some to expand if they are in advantaged industries.

To solve the most pressing issues for Indigenous communities—and for the world at large—power and autonomy must be given to Indigenous people themselves. 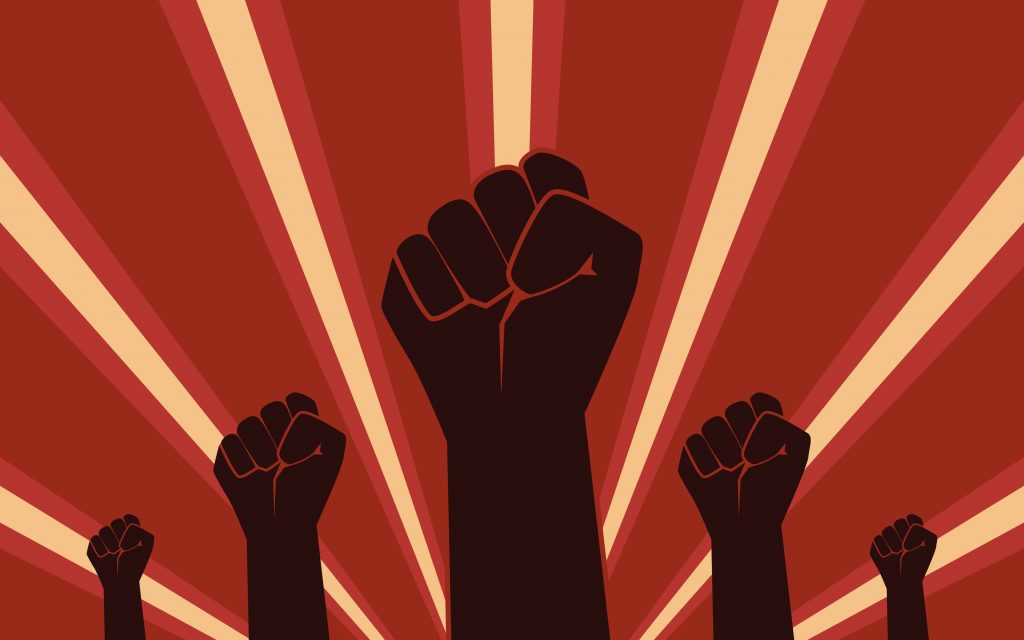 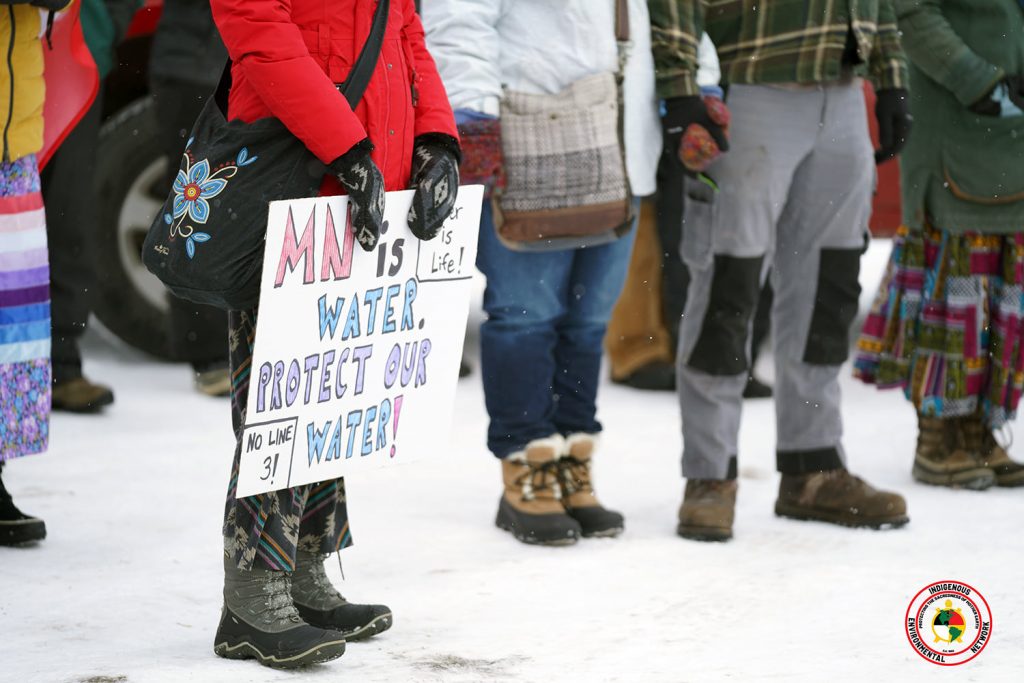 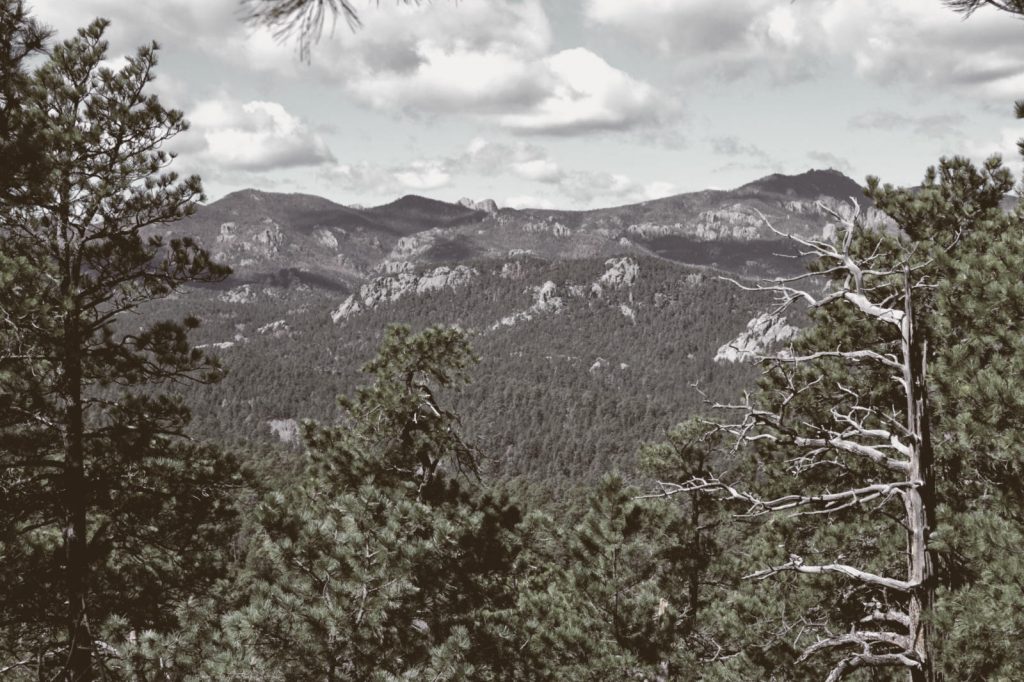 Posted 1 month ago NDN Collective Responds to Inauguration of President Joe Biden
Today, we celebrate the collective work of our people and movements who have organized, built power and helped deliver one of the most important elections in history. 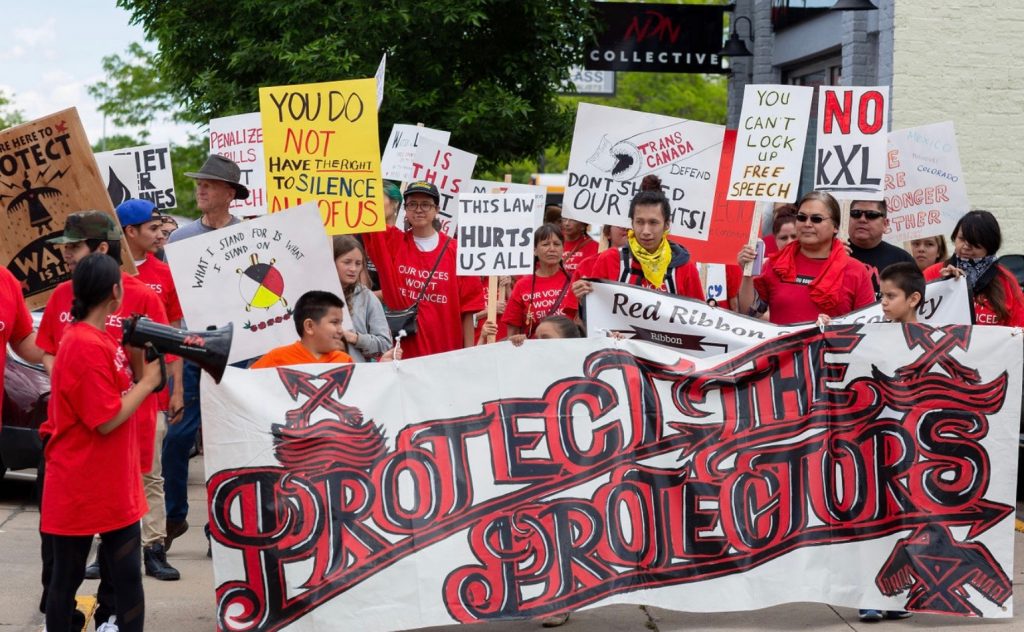 Posted 1 month ago NDN Collective Responds to President Biden Rescinding Keystone XL Pipeline Permit and Vow to Rejoin the Paris Agreement
The KXL pipeline was set to go through the heart of the Oceti Sakowin Territory. The people came together, resisted the fossil fuel industry and stood up for our lands, water and rights. We will continue to resist and fight. 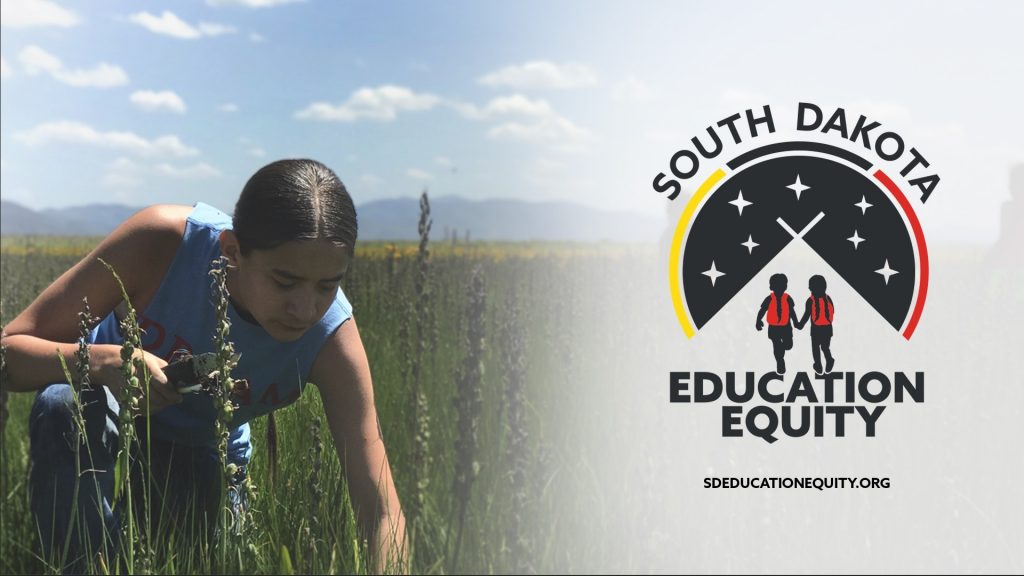 Posted 1 month ago Indigenizing Education Equity: SD Ed Equity Coalition and NDN Collective ramp up efforts in 2021
As the South Dakota Education Equity coalition (SDEEC) prepares for the 2021 legislative session, they are asking individuals in support of their efforts to call their legislators, voice support for their bill and the concept of Oceti Sakowin Community Based Schools. 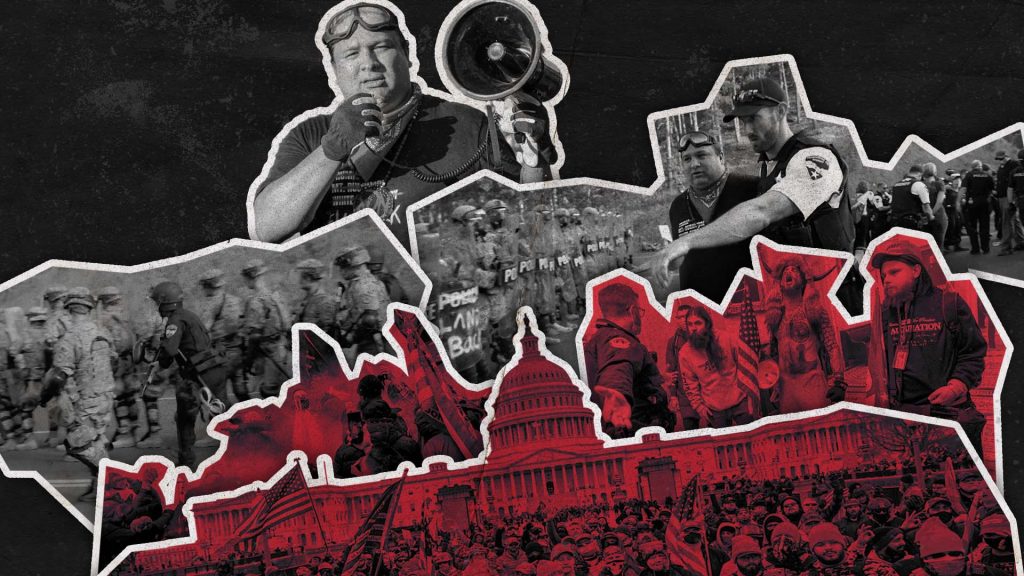 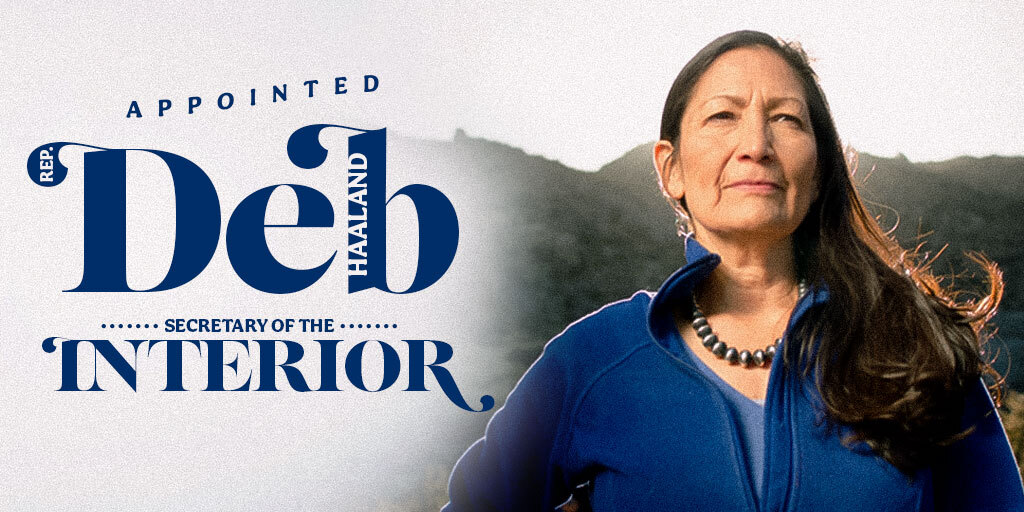 Posted 2 months ago NDN Collective Leadership Congratulates Rep. Deb Haaland on Being Named Secretary of the Interior
“We are excited by Rep. Haaland’s appointment and look forward to having a representative who has insight into Indigenous issues and priorities, so Land Back organizers can uplift our policy solutions and help fuel systematic change that benefits all people and the planet.”